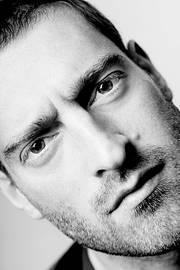 Henry Paker has been doing stand up since January 2006. He also draws cartoons, and his book Dont Arm Wrestle a Pirate, which he created with comedian Dave Skinner, was featured on the Richard and Judy Book Club for Christmas 2007.

Press
Henry Paker delivers a mightily impressive set that is rarely less than superb The man will be a star. Chortle

the star is Henry Paker; every one of his jokes is built up perfectly, and the punch-line is always hilarious. Clever material, but silly enough not to alienate anyone; see this show while you can! Three Weeks, Edinburgh Festival 2007, ****

Festivals
Henry was in the Comedy Zone at the Edinburgh Fringe 2008, which received a four star review from the Sunday Times.

Henry took part in The Good, the Bad and the Cuddly Ride Again at the Edinburgh Fringe 2007, a four star show which was packed every day.

Radio/TV
Henry will be appearing in Edinburgh and Beyond, which will be broadcast in January 2009 on the Paramount Comedy Channel. Henry has appeared twice on the Nuts TV Comedy Club.
Henrys stand up was featured on the Fred Macaulay and Co radio show on BBC Radio Scotland, 22 August 2008.

When can I see Henry Paker?