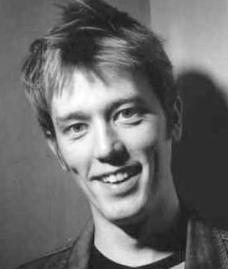 At a towering height of almost 6ft 4, Alun is a comedy giant in the making. As a headline act or compere, he uses his flair for language to blend friendly story telling, sharp one liners and off the cuff wit.

Alun has a cheeky smile to sweeten even the most revolting tales, he seamlessly mixes improvisation with sharply honed material and will occasionally throw in a brilliantly accurate impersonation.

Alun has built a reputation for reliably strong performances on the nationwide comedy circuit. In the past 2 years Alun has performed stand up in New York, Singapore, Hong Kong, the Canary Islands, Iceland and the Edinburgh Festival.

"Cochrane can make any crowd feel like friends and family. He¹s instantly likeable, all dimples and charisma, with an easy-going improvisational style. Just catch him, he¹s going to be big. The future of British Comedy." Evening Standard

When can I see Alun Cochrane?