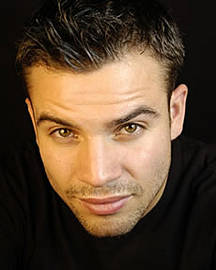 Joe works as a man of mirth, trading his surreal observations for laughter, performing in some of the most prestigious and reputable comedy clubs in and around London and across the UK, including: The Comedy Store, Jongleurs, The Comedy CafÃ©, The Frog and Bucket and XS Malarkey.

Joeâs television career started back in 2001 writing put-downs for Anne Robinson on the Weakest Link. Recently he has completed presenting a UK Tour of Brainiac Live after appearing in all 6 series of the award winning hit TV show Brainiac: Science Abuse (Sky One) which saw him take part in live and highly dangerous scientific experiments. Joeâs other television appearances include: The Sack Race (BBC 2), In Your Face (Bravo), 1970âs Office (Sky One), The Richard Hammond Show (ITV) and Richard and Judy (Channel 4).

When can I see Joe Rowntree?