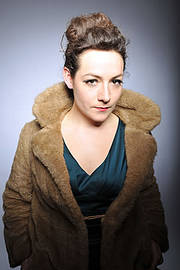 Jess is a writer on Channel 4's Stand Up For the Week and on BBC Radio 4's 'The Now Show' and is developing various TV pilots, a number of shorts and a radio play at present, in addition to writing set-pieces for other comedy actors.

When can I see Jessica Fostekew?