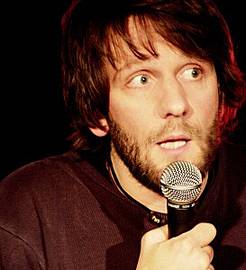 In 2005 I was nominated for the Perrier Best Newcomer Award as half of Toulson & Harvey. In 2007, after a switch to stand-up, I won the Hackney Empire New Act of the Year Award. And in 2013, my solo show 'I DON'T KNOW HOW I FEEL ABOUT MY KIDS' was selected as one of the Top 10 Comedy Shows at the Edinburgh Fringe by Amused Moose.

When can I see Luke Toulson?