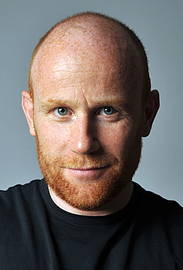 Rory O' Hanlon is a Dublin based stand up comedian who observational syle of of comedy has made him a instant hit with crowds up and down the country.

Rory plays and MCs every venue in Ireland from the world famous Comedy Cellar ,the international comedy club the laughter lounge , the empire belfast to city limits in cork
while also becoming a firm favourite across the water in the legendary stand venues in both Glasgow and Edinburgh where hes has played at the best of irish at the edinburgh fringe
for the last 3 years while also making a great reputation as one of the hardest working comedians on the circuit the future looks very bright for this likeable Dubliner.

When can I see Rory O'Hanlon?