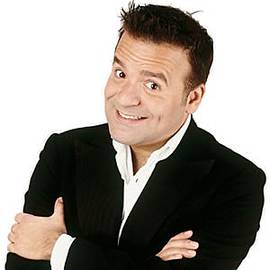 Kev Orkian is a British-Armenian musician, comedian and actor born in London to Armenian parents. He has performed around the world from New York City,[1] Los Angeles and Toronto[2] to Dubai,[3] Oman and Australia. Orkian has been compared to the likes of Victor Borge, Bobby Crush, and Dudley Moore.[4]

Between 2003 and 2009, Kev Orkian spent a lot of his time touring the UK as the support act for some of the biggest names in British comedy[5] and has previously starred in West-End London musicals including Fame, Happy Days and Boogie Nights[6] alongside Dancing on Ice winner and Emmerdale actress Hayley Tamaddon.

In 2009 Kev Orkian became a regular on the UK comedy circuit performing at well-known clubs such as Jongleurs where his comedy rendition of Elton John's I'm Still Standing has been described as Comedy Gold, and has generated standing ovations.[7]

On 23 September 2009 Event Magazine reported that Kev Orkian won the final of 'The Next Big Thing' - the event industry's version of The X Factor, which was held at Event UK in Birmingham.[8]

On Thursday 10 June 2010, Kev Orkian performed for HRH The Prince Philip, celebrating his 89th birthday at the Guards Polo Club. The event fell behind schedule and Prince Philip was set to leave  before Kev got on stage  to get to another engagement. But as soon as Kev started his sketch the Prince decided to sit back down and watch the full act. So impressed was he that instead of rushing off at the end he stayed even longer to congratulate Kev in person. Prince Philip was quoted as saying "Its a wonderful show. I thoroughly enjoyed your performance".[9]

Also in June 2010, Kev Orkian performed a live comedy 'sketch' with opera diva Katherine Jenkins for a private birthday party at which Motown legend Lionel Richie also performed, along with the NSO (National Symphony Orchestra) and comedians Bobby Davro and Jethro.[10] The comedy routine was an updated version of an old Victor Borge sketch which Kev Orkian had developed with Katherine Jenkins.

When can I see Kev Orkian?