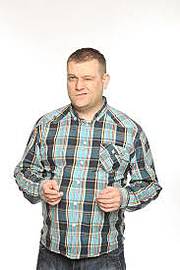 The brilliant Gavin Websters TV work includes Never Mind The Buzzcocks, The Stand-up Show, Does Doug Know, Take The Mike, The Eleven O Clock show, The Comedy Store to name a few. He wrote and played in Walk on the Wild Side in 2009 and 2010. He has also supported Lee Evans, Jack Dee and Phil Jupitus on tour. In 2014, he was named UK Circuit Comedian of the year, as voted for by fellow professional comedians online.

When can I see Gavin Webster?