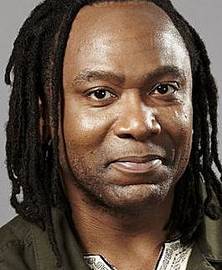 Reginald D Hunter has established himself as one of the most sought after headline comics in the UK.

Reg is that rare combination, an American who has retained his stunning cool and gets his superb stage presence from a natural, easy self confidence, but has an intensely likeable, respectful side which is impossible to ignore either on stage or in person. From the start, Reg was the sort of natural storyteller that audiences would happily listen to for hours, he has now combined this with quality laughs which will stand up to any gag merchant.

"MAGICHIS IS A PERFECT SET" - The Guardian

When can I see Reginald D Hunter?