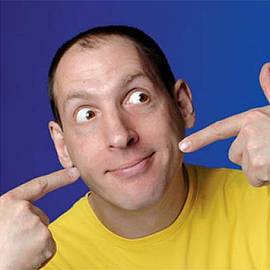 Adam Bloom is one of Britain's most inventive comedians.

He has also sold out theatres at festivals in Melbourne, Sydney, Auckland, Wellington & Cape Town as well as making three visits to Just For Laughs iin Montreal. In 2004, Adam was part of the 'Just For Laughs Comedy Tour', playing to 42,000 people in 17 cities across Canada.

He has also written three series of The Problem with Adam Bloom for BBC Radio 4.

"...he brought the house down with a barn-storming set, that made the audience laugh like familiar friends" - The Guardian

"...has the charisma and the material to go a long way" - The Scotsman

"No puns, no ersatz nostalgia, just pure Adam-Bloomness" - The Independent.

When can I see Adam Bloom?