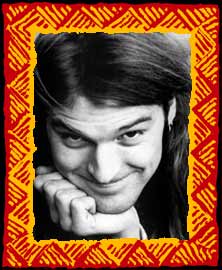 Sean was born and raised in Dudley. When he left school he became a Fabricator/Welder, which meant early mornings, that didnt fit in with his late night lifestyle. At this point, Sean had no interest in comedy whatsoever.

He didnt own a single comedy DVD and hed never been to a comedy club, but when Steve (the lorry driver at the factory where he worked, who was also a performance poet and ran creative writing workshops) told him that he was funny and that if he wrote down some of the things he said at work he could possibly be a comedian, Sean decided to give it a go.

Steve took Sean to a comedy club. Sean then wrote some stuff and Steve helped him edit it. Sean started doing open mic spots and a couple of years later he gave up work and became a comedian.

Since then Sean has had a fantastic time performing all over the world. Its a great way to make a living.

When can I see Sean Percival?