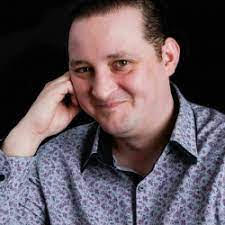 Barry Dodds is a Patreon Creator, comedian, gamer, ghost hunter, minister, Erasure super fan, occasional boxer, a presenter of The ParaPod and the co-star in The ParaPod Movie, along with ParaPod co-presenter Ian Boldsworth.

Barry has been serving up his chunky comedy soup since he was 21. Hes been a finalist in comedy competitions such as Jimmy Carrs Comedy Idol & Jongleurs Last Laugh Comedy Search and supported comedians like Jason Manford on his UK tour.

Jasper Carrott even called him Very Impressive once.

Hes won the odd award along the way too! He recently picked up the Best MC trophy for the third year in a row at the Midlands Comedy Awards 2017.

When can I see Barry Dodds?