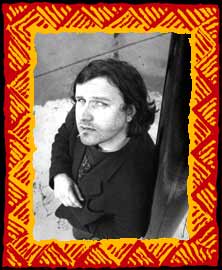 Noel James, after 28 years on the comedy circuit, became an overnight sensation with his semi final appearance on Britains Got Talent, in 2018.

Noel is an experienced, very original, comedian, based in Swansea, Wales.He has performed at - and often headlined - most Comedy Clubs in the UK ,As well as major festivals, - Edinburgh, Glastonbury, Reading, Leeds - and shows abroad (Dubhai, Shanghai, Berlin, Cape Town, Canada); His varied experience includes a tour of military bases in the Falklands, Kids' shows, as well as shows on cruise ships ( in the Caribbean). With his surreal material, which is clever but at the same time silly, he is at home in front of most audiences - but that's only cos he arranges all his gigs in his house. He has both a broad appeal and a broad smile.his secret weapons look you.
'Noel James is a lovely comic' - Kate Copstick, The Scotsman.

Noel James stands out like a droll giant amongst a land of trite dwarves.The Independent. James betrays the soul of a poet and accomplishes it with such rare panache and commitment that it approaches art.The Scotsman 2010

When can I see Noel James?